A bit about labels 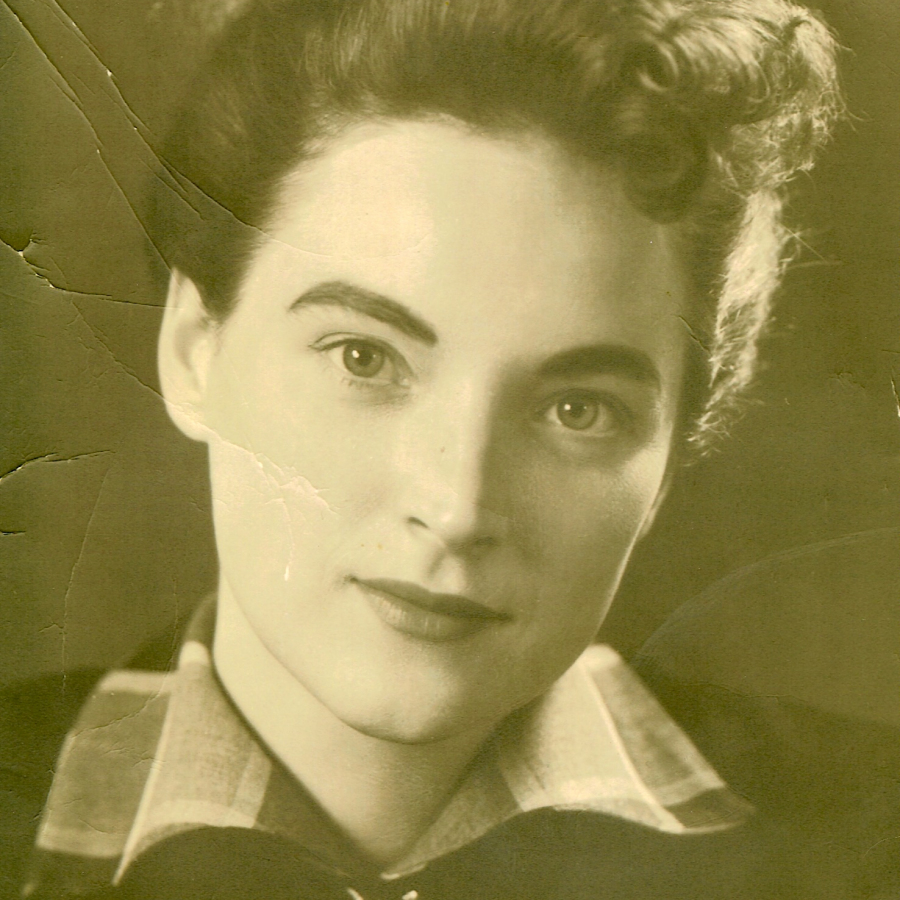 I'm not a fan of labels, and yet there are a number of them attached to me.

Some of my labels and associations are self-assigned. I am a Democrat. I drive a VW Beetle.

And then there are the inescapable labels that come to me by birth. I'm first generation American-born. I'm Roman Catholic.

Do these labels tell you who I am? Obviously not. But there are a lot of people who might say they do.

During a parade and fair in Huntington Station a young Salvadoran teen told a Newsday reporter that she felt it was important to attend the event to debunk the myth that all Latin American youth are gang members. While the statement impressed me for its spunk and honesty, it struck a somber chord. This is one young girl's reality, and very likely, will remain her reality for years to come.

My mom could not shake the labels associated with her German heritage. A cold-war bride, she met and married a U.S. Army Officer in Berlin. When dad was transferred to the Fort Leavenworth, Kansas U.S Army base mom was ushered into a new life in America. She was very excited at the prospect of becoming a citizen. After fleeing one town to the next to escape the constant bombings in WWII-torn Germany, mom was more than ready to leave that part of her life behind. Little did she know that 1943-1945 would not leave her.

Mom's grand entrance into mid 1950s America found her squarely in the middle of lingering tensions over what happened in Germany. Had she not opened her mouth to speak, mom might have passed as any American woman. But the unmistakable accent gave her up every time, and no matter how kind, charming, or beautiful she was, anti-German sentiment simmered just below the surface of post WWII American conversation.

Mom's German label continued to undermine her into the 1970s, when a neighbor threw a large pot of boiling water on our family's German shepherd as a hateful statement to mom and her German dog. It took months for the poor creature's massive third degree burns to heal. It was nearly a year before the dog's fur grew back to mask the grotesque assault. But the wound inflicted on my mom by this act would never heal.

Just like the Huntington Station teen trying to shake the connection of gangs with her Latin heritage, mom spent a lifetime trying to shake her own burdens of association. Throughout the rest of her life mom continued to be haunted by the horrors she witnessed as an impressionable and innocent teen during WWII- and remained deeply ashamed by what her people had done.

I am hoping for better for our young Salvadoran teen who came out proud and bold to represent the true face and nature of her people.

Two innocent women separated only by nationality, time and history, but who share an identical struggle to be recognized separate and apart from the labels they assumed at birth- labels to carry in their brave new world called America. 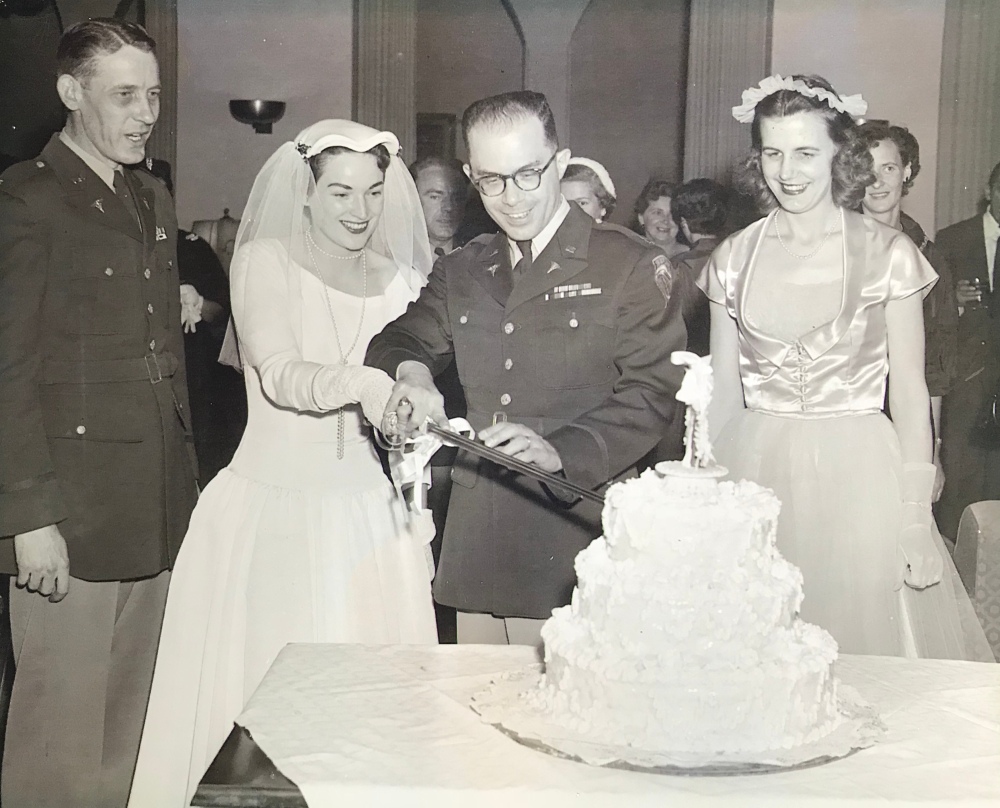 Have you ever wondered if your loved ones who have crossed over have found each other on the other side?

On this day fifteen years ago, September 17, 2005, my sister and I received a pretty remarkable sign that mom and dad were indeed together in the afterlife.

This “knowledge” came to us in a rather interesting way. I suppose it’s safe to assume that given the great communications divide between this world and the next, our deceased loved ones have to get pretty creative to deliver their messages.

Dad succumbed to complications following a stroke in March of 2003. And mom, just fifteen months later, followed him after suffering a fatal heart attack. The loss of our parents too soon in their lives, and occurring in such close proximity, was obviously devastating.

My only consolation in processing these sad events was to at least know that mom and dad were together, where ever they were. And, what better day to come into that knowledge than on what would have been the next wedding anniversary following their deaths.

Seemed reasonable to me anyway.

Oh, and by the way, it wasn’t just any anniversary, it would have been their 50th.

So, my story begins on the afternoon of September 17, 2005, when I headed over to St. Patrick’s Cemetery with a sound system in tow to commemorate mom and dad’s Golden anniversary.

A sound system you ask?

Well, yes. I imagined that if I played mom and dad’s wedding song “Until I Waltz Again With You” loud enough at their gravesite, I had a reasonably good chance of getting their attention.

My face flushed as I cranked the volume of Teresa Brewer’s fine vocals,  recognizing this may not be in keeping with the quiet serenity of any final resting place.

But I was on a mission.

Well, it turned out that I got attention pretty quickly, but unfortunately, not the attention I was hoping for.

I found myself sheepishly explaining the reason for the temporary disturbance to the few souls paying respects to their loved ones at neighboring gravesites. They nodded, and even managed half smiles, in silent understanding.

“Until I Waltz Again With You” was a song I had grown to love over the years because it so well defined the courtship of my parents. It was fitting they had selected it for their wedding first dance.

During her life when mom played her wedding song she would revel in the happy memories it surfaced. She would describe her military wedding on the U.S. Army base in Berlin, and then show me the few photos she cherished from that day. Mom was a stunning bride and dad, handsome in dress military uniform.

During their courtship in Europe, mom and dad would meet up after time spent apart at one of the few remaining nightclubs unharmed in the still bomb-ravaged and divided City of Berlin during the Cold War.

It was a scene reminiscent of an old post WWII Hollywood movie: dad, a striking doctor and U.S. Army Officer then serving at U.S. Army Hospital in Berlin, and mom, a young beauty and stewardess for Pan American Airlines. They were a stunning pair, who, even in their later years, could elegantly glide across the dance floor, leaving spectators in awe.

My heart hurt, but also raced in hopeful anticipation of a sign, any sign, that mom and dad were together, as I meditated on that wedding scene fifty years later in the cemetery.

The tribute song trailed off, and silence was restored.

I waited, and waited.

I left the cemetery, slightly embarrassed and definitely defeated.

That evening my husband Greg and I had dinner plans with my sister Nola and her husband Bob, who were also married on September 17th.

We met up at Abel Conklin’s (one of mom and dad’s favorite Huntington haunts, and ours as well, that is sadly, no more) and we lifted our glasses to toast our parents’, and, Nola and Bob’s September 17 wedding anniversaries.

And that’s when I decided to share my sad and perhaps, silly, cemetery story.

My sister laughed and rolled her eyes over the idea of me disturbing the peace. I insisted that after such a thoughtful idea and loving music tribute, I surely deserved an answer to my very reasonable request.

Nola, Bob and Greg were definitely having a little fun at my expense.

And then, Nola got quiet and, very serious, deep in thought as she began processing information that was suddenly making sense to her.

Her silence was broken with a single question: “Uh, Joan, about what time were you at the cemetery this afternoon?”

“Oh my God,” she gasped. “Actually, something very strange happened to me around that same time today. And now, it all makes sense.”

Nola proceeded to share that toward the end of her workday, she left her office to pick up a few items at a little nearby food shop.

In processing the sale, the proprietor dug into his cash register to provide Nola the change due to her in that transaction.

“When he handed me my change,” Nola said, “he pressed it into the palm of my hand and then held it there in such a way that gave me pause. I buy items from this merchant often and never before had he done anything like that,” she noted.

The act was so unusual, in fact, that instead of tossing the change into her purse without looking at it as she normally did, Nola opened her hand to reveal and study the two coins that had been placed into her palm in that seemingly mystical moment.

“There were two old pennies in my hand,” she said.

Now, what were the chances that in 2005, a person could get not one, but two 1955 pennies handed to them in a single instant?

And, on of all dates, September 17th?

Two 1955 pennies pressed into the palm of Nola’s hand, while some ten miles away, Teresa Brewer’s “Until I Waltz Again With You” was filling the crisp fall air at mom and dad’s resting place, with me praying my heart out for a sign that they were together.

Yes, it’s difficult to deny that was not a sign.

But for sure, mom and dad’s two cents.

Postscript: After I wrote this story I received the following message from my sister, along with a photo of the special pennies below: Joan! “I didn’t know you were writing the penny story. Here are the pennies I kept, still taped together, since I received them that day.” – Nola