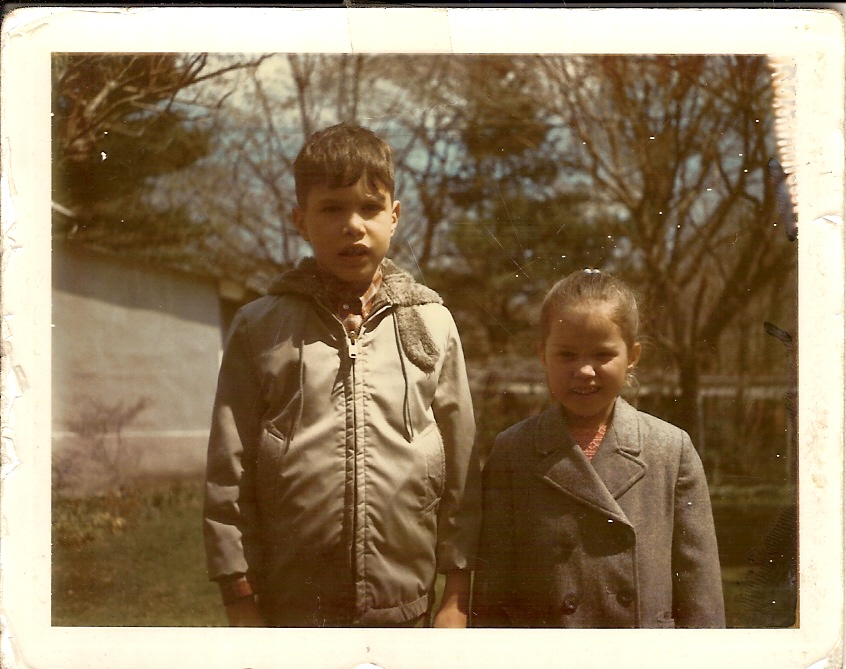 My brother Steve and I at the L'Ecluse Greenhouse

I spent a large part of my childhood in the late sixties and early seventies exploring the abandoned ruins of a now vanished Gold Coast mansion.

In 1964 my parents built their house on the property where the Milton L’Ecluse mansion once stood. The stunning Italian Renaissance Revival residence and estate structures were constructed sometime before 1919, and were designed by the M.I.T. and Ecole des Beaux-Arts-trained architect John A. Gurd (1870-1924).

The L’Ecluse mansion was sadly demolished in the early sixties to make way for a residential developer’s vision for a new waterfront subdivision in Huntington called Terra Mar Drive. Despite the modern residential development frenzy that at the time was causing the remnants of Long Island’s Gold Coast to disappear from sight forever, several vestiges of the L’Ecluse estate managed to avert the wrecking ball.

The abandoned estate vestiges were barely holding on by the time I was old enough to explore them. I could see some of them from my bedroom window facing the rear of our property. A horse stable. A greenhouse complex. A carriage house. Their inhabitants were long gone but I stumbled upon all kinds of clues that transformed many a summer day into a real life Nancy Drew mystery novel.

The former horse stables and barn were wide open and accessible. The decaying wood planks from the walls and floors offered up occasional whiffs hinting at the horses and equipment that once filled the stalls. I noted faded scrawl on the walls that I presumed to be horse’s names, numbers (their height?) and dates (their birth?). Like those before me, I figured out how to hoist myself high up into the hay loft that instantly became my secret club house. Rays of sunlight shot through large and small holes in the sagging roof, highlighting swirling particles of dirt and other debris. But it was paradise to me.

The greenhouse complex was a greater challenge and danger to explore. The floor was covered with shattered glass interwoven with clinging ivy and fallen leaves that had gained entry through the now windowless greenhouse frame. Generations of large box turtles made their habitats safely beneath the greenhouse tables in rich dark soil that heaved up squirming earthworms and other unsightly creatures.

It took me days to figure out how to access the locked and abandoned adjoining greenhouse caretaker’s quarters, and when I finally did, I felt like an intruder. The space was still filled with the former occupant’s furnishings and personal belongings, as if he or she had only just departed, although its contents were clearly reminiscent of an era yet known to or understood by me. I spent hours studying these fascinating objects but I dared not remove them in the event the mysterious occupant chose to return. I often let my imagination run wild and pretended it was I who lived in that lonely space lost in time.

The carriage house was nothing more than a large and terribly uninteresting garage until I discovered, it too, had its own adjoining living quarters. A rear window revealed a ransacked kitchen and on the soffit above the sink, a doll-like figurine hung on the wall. Oddly, she resembled sweet Aunt Jemima on the pancake syrup bottle label. Still, I grew terrified of that doll when one day I noticed with great concern that she had somehow changed her body position.

Upon leaving each day, I carefully examined and committed to memory exactly how the carriage house kitchen doll was positioned. Sure enough, the following day I noticed her arms were now to the left while the day before they were to the right. Each new day found the doll in a new configuration. I was convinced she was alive, or the place was haunted, or both. My older brother Steve later confessed to manipulating the figurine into ever changing positions to spook me. He succeeded.

One afternoon I found a way to climb into the loft of the carriage house, whereupon I unearthed the most exciting discovery of all, a trunk filled with very old toys and books. I shared my bounty with some neighborhood kids who started to follow me in my daily explorations. The spoils included an original Mickey Mouse picture book, a striped ball, and a few rag dolls in frilly dresses, among other things. Gauging from the musty smell inside of the trunk that was now consuming these objects, it was obvious they had not seen the light of day in many, many years.

I gave away all but one book that I still have in my personal library and treasure today.  It is titled Pinocchio in Africa and has a book plate inside that reads: “Private Library of Beatrice Boynton, April 10, 1912” inscribed just days before the fateful sinking of the R.M.S. Titanic.

In all these years I have never been able to find out who Beatrice Boynton is, and if she was related to anyone in the L’Ecluse family. My best guess is she was the daughter of an estate worker.

I am grateful for those early years of exploration in decaying estate buildings filled with interesting treasures and other surprises, some not always pleasant, but thrilling nonetheless. It was in those dark and dreary spaces that I found a way to further spark and light my imagination that was already well-fueled by the natural curiosity and wonder of a child. It was also there where my love of history and magnificent old buildings first took hold.

I continue to be captivated by Long Island’s Gold Coast, its history, and the glorious mansions that towered along the North Shore, the likes of which inspired F. Scott Fitzgerald to write The Great Gatsby.

Certainly the L’Ecluse mansion and its estate vestiges, some of which continue to stand in Huntington Bay today, will forever hold deep personal meaning to me. But more recently it has been OHEKA Castle, Long Island’s largest Gold Coast mansion, that has harnessed my heart, imagination and energies enough to co-author, with Ellen Schaffer, a book about its remarkable history, published by Arcadia Publishing. OHEKA Castle is available in bookstores or via Facebook, OHEKA Castle, the book.

I am grateful to have been raised in a time and place that enabled childhood exploration and curiosity to take hold long and hard enough to become an adult passion that in very many ways, continues to define who I am today.