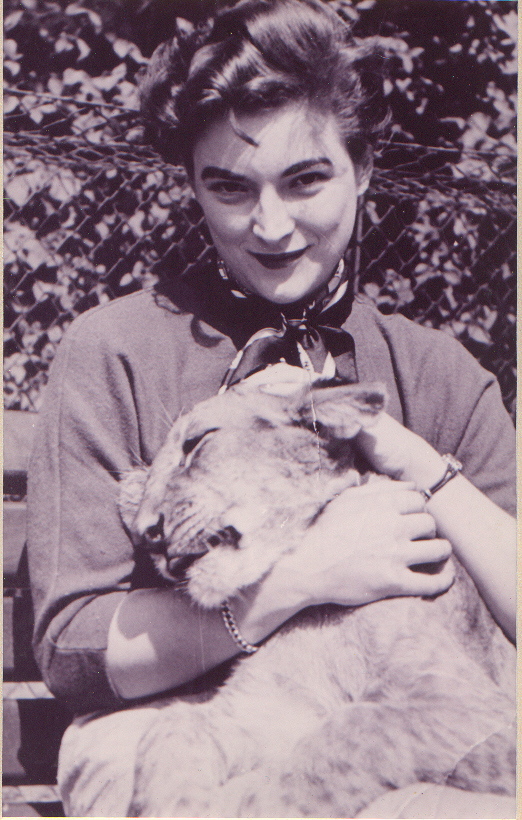 Each year on June 13th I spend a few minutes recalling the events that led up to the moment mom slipped from this life into history.

It was the year 2004, and during that first week of June I was preoccupied with a bit of worry about mom after she revealed she was experiencing nausea and indigestion. I didn’t like the weakened sound of her voice.

I begged her to let me take her to the doctor, but mom dismissed the symptoms as nothing out of the ordinary. “I ate too many cherries,” she told me with a little embarrassed laughter.

But I was still troubled by what I was hearing. At 75 years old Mom was a heavy smoker and had been since she was a teen.

I made mom agree to a deal after she revealed to me for a second time in two days that she was not feeling well, yet continued to insist she was fine.

I called it the “three strikes and you’re out” rule and our deal was if she admitted to these same symptoms for a third time after I asked in as many days, we were off to either the doctor or the emergency room. She reluctantly agreed.

As it turned out, mom struck out on the third day.

She called me around noontime and said she hadn’t been feeling well all morning. I heard a little concern in her voice and asked if she was still feeling the same symptoms she described to me the prior two days that she insisted were nothing.

I was in my car in an instant.

When I arrived to mom’s house her color was ashen. Within a half hour of arriving to the emergency room, she was forever silenced by a massive heart attack.

No doubt, mom’s heart attack was in the making for years before it finally perfected itself on that fateful Sunday. Heart disease is sneaky, particularly in women.

There were clear warning signs leading up to the day, and others, I am certain, she never told us about.

Mom was not the squeamish type, having survived WWII Germany as a teenager and refugee. She had a high threshold for physical and mental pain that defined her.

Mom was just emerging from the worst anguish of all when the heart attack claimed her. Dad had died just fifteen months earlier after complications from a stroke. His death was a devastating blow to mom from which we now know she would not recover.

Sure, mom’s smoking did her in at the age of 75. But paving the way to cardiovascular catastrophe was the fact that she was also suffering a broken heart.

Mom and dad were mutual intellects who challenged, entertained and aggravated each other in equal measure.

Observing them during their legendary exchanges about world history or current events was a thrilling experience. One could never guess which of the two would emerge the victor. They argued their respective positions like lawyers in a courtroom.

Dad was always a good sport when mom prevailed as the expert on any given subject, emitting a loud and loving laugh that instantly melted the ice that had accumulated during the squabble.

Mom relished her rightness, and she was right so much of the time even though dad made her work to earn it before he would concede.

Dad would issue the ultimate challenge by saying, “prove it!” and within minutes mom was able to produce supporting documentation to win her argument.

Because mom’s education was interrupted by war, she was inexhaustibly self-taught from a lifetime of devouring every history book, biography, magazine or newspaper she could get her hands on. Our home had a full set of Colliers encyclopedia, overfilled book cases in virtually every room and stacked books spilling out of corners.

Mom’s thirst for knowledge about world history was particularly insatiable. She could put history scholars, including her Ivy-League educated husband, to shame.

But all of those books and knowledge could do nothing to illuminate mom’s thinking about smoking. She was proud of how fit and active she was, and from all outward appearances, nobody could argue that.

Dad was among an era of doctors who smoked, but promptly quit in his early fifties after his patient pointed out the irony of the surgeon treating him for cancer, who was advising he quit to survive that cancer, himself smoked.

No doubt, dad was embarrassed enough by the revelation to quit smoking on the spot, and was ever thankful to that patient for the wake up call he needed.

Dad, in turn, sounded a wake up call for mom to stop smoking, too.

He threw out her cigarettes, scolded and cajoled her, with mom making endless excuses for her continued smoking, along with half-promises to quit.

Here I reveal a very personal and painful example of smart people doing, well, not so smart things.

Too many of us find it easy to convince ourselves that somehow we will be the ones to escape the perils of our bad habits, whatever they may be, and I of course include myself here, and that horrific diseases happen only to other, less fortunate souls who do not have the constitution we believe to possess.

Or, as was the case with mom, we convince ourselves that we are entitled to hang onto bad habits without consequence because surely we have met and exceeded our quota in life for pain or suffering.

Mom always justified her smoking as having started, and having been an absolute necessity, during the war because there was no food, but somehow, cigarettes were plentiful. She credited cigarettes for easing her hunger, soothing her anxiety, and, surviving war.

Those were some pretty compelling excuses for such a lousy habit.

But as we make those compelling excuses to ourselves or entertain thoughts of our own indestructibility, we look around and see family members, loved ones and friends who, in an instant, fall to their knees battling illnesses they never imagined.

And in those moments we are forced to face the truth. We are all vulnerable.

The brilliant and bright light, exuberant and delightful lady I called mom who survived war-torn Germany and inspired so many by her intelligence, charm and beauty, disappeared in an instant without so much as a goodbye.

For some years after, I anguished over what could or should have been done to prevent the calamity that befell mom too soon in her life, and us.

I ultimately came into an acceptance that people make their own choices, and either live with them, or sometimes as is the case, die from them.

I and my siblings did all we could; dad did all he could, but in the end, it was just another another argument with mom he couldn’t win.

So instead of thinking of mom as having left us for a bad habit she refused to break, I choose to ponder another possible scenario.

Mom was every bit as smart as we knew her to be, and on that day it was time for her to admit to dad he was absolutely right– that he had won that smoking argument fair and square- because she damn well had the supporting evidence to prove it.