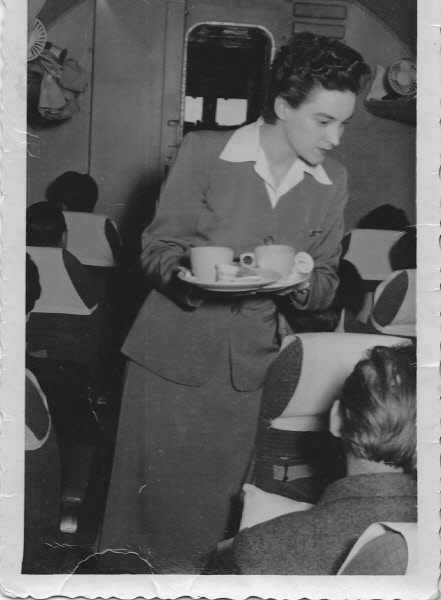 Sometime around 1953 a young German-born Pan American Stewardess was assigned to ensure the airline’s hospitality for a high profile passenger.

For much of that long flight from Berlin to New York City, the charming Gisela Wolff entertained the passenger with interesting and lively conversation, a skill at which she was particularly adept.

Ultimately the conversation touched on Gisela’s need to secure a sponsor for her planned visit to New York, where she was to meet her U.S Army Officer gentleman-friend’s parents for the first time. She had explained that U.S military rules prohibited officers from serving as sponsors for single women.

After the long flight, whose time was passed with delightful conversation and laughter, the weary but grateful passenger handed Gisela his business card and offered to act as her sponsor for that important trip to America. Gisela thanked the passenger and happily took him up on the offer.

Months later as Gisela was being processed for what would become her first momentous visit to New York, she dutifully presented her sponsorship credentials to a New York City airport official. The bewildered official stared at the young woman’s passport and sponsorship papers for few minutes before speaking. “Uh, Miss Wolff, am I correct in reading your U.S. sponsor’s name as James R. Hoffa- as in Jimmy Hoffa?”

“Why yes,” replied the polite stewardess, as if it were nothing at all. The official raised his eyebrows as he promptly stamped Gisela Wolff’s entrance papers, all at once making possible her debut in America.

And that is the story of how mom managed to land a sponsor to visit New York, during which time my lovestruck father proposed marriage to her, after she, of course, won over my grandparents, just as she apparently did, Jimmy Hoffa.

Mom never saw Hoffa again. And needless to say, after 1975, neither did anyone else. 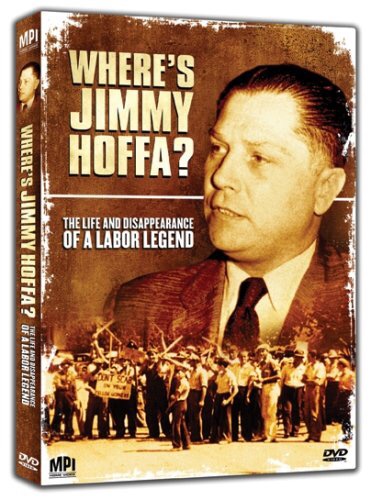