Part I of Joan Cergol/Greg Cergol blog duet: "We look out the same window, why don't we see the same thing?" 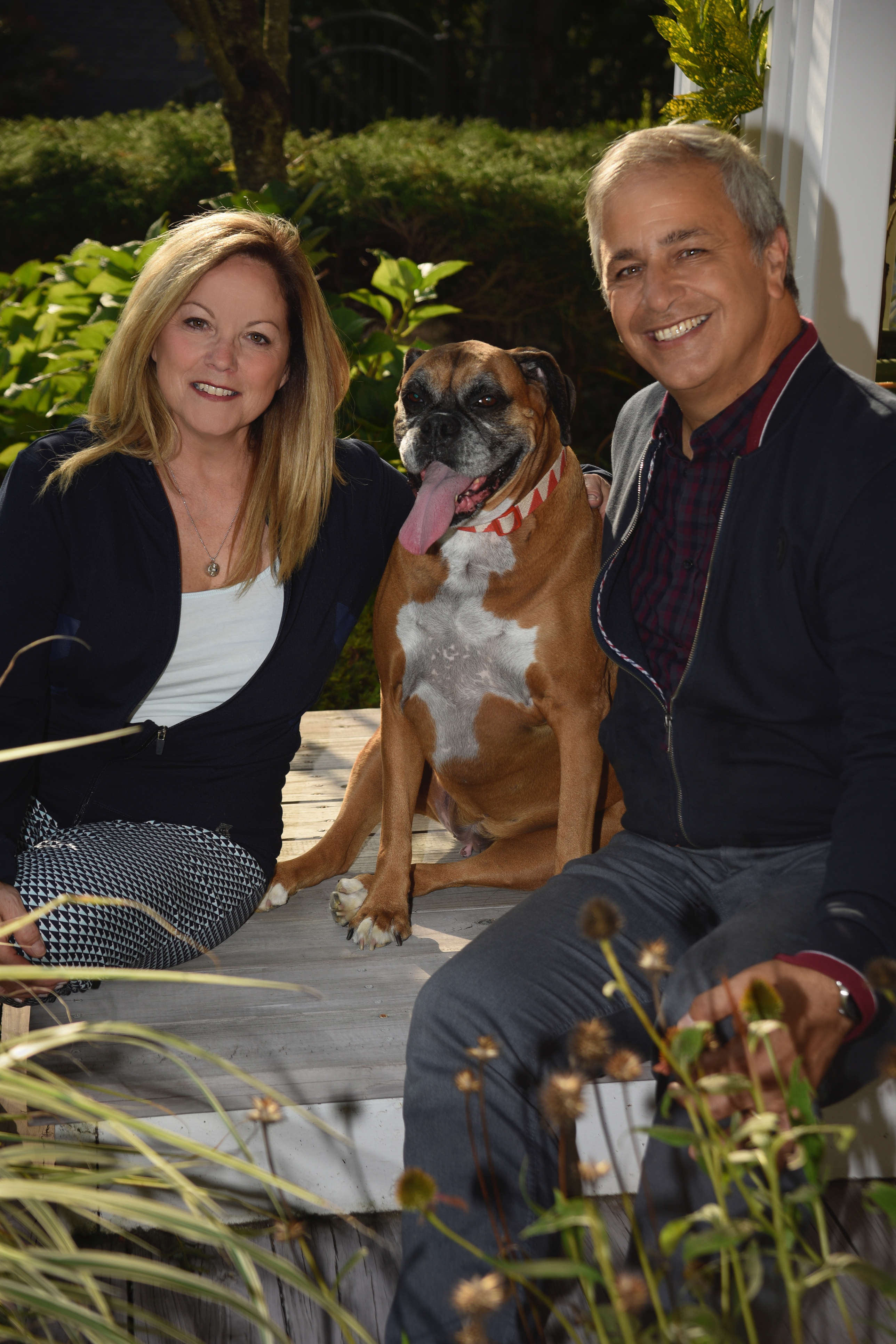 After talking about it for years, my husband Greg and I have launched the inaugural installment of a blog series that will be dedicated to showcasing the ongoing debates in relationships.

During our thirty four years as a married couple, we’ve enjoyed many important collaborations.

Parenting two remarkable young ladies is at the top of our list.

After that, well, I actually can’t think of a whole lot of other fruitful collaborations.

That’s because, to tell you the truth, there aren’t many worthy of mention.

It’s not that we haven’t tried. There are a number of things we do as a team simply because we manage a household together.

We cook together. We paint rooms together. We close and open the pool together. Put up, and take down, the Christmas tree. Together.

There is a single occurrence that inevitably obliterates the blissful togetherness of our collaborative efforts.

Someone loses patience and snaps.

And I’ll give you one hint: it usually isn’t me.

Now let me state right here, as to avoid any possible misunderstanding: I adore Greg Cergol. And I’m pretty sure he likes me.

Greg is the smartest, kindest and most interesting man I know. He’s also an amazing husband and father.

We can’t work together.

Greg has his ways, and I have mine.

And whenever he tries to coax me into his way of thinking and doing things, I resist.

That’s because my dear and thoughtful husband seems unable to take on a task without plotting everything out to the smallest detail as to avoid the possibility of any mistakes.

There’s something to be said for that noble approach if you happen to be a surgeon.

Luckily, so far none of our co-pursuits have involved an appendectomy.

I am frustrated by unnecessary delay in over-planning and prepping when there is a job to be done.

It’s not that I’m any less conscientious than The Man. We are both clear perfectionists. Here’s the difference: I like to dive right in with my all, and he likes to slowly ease into things, with a little of himself at a time.

Admittedly, there are times when my ways can run afoul, for example, when I’m attempting to assemble furniture following only a cursory scan of the instructions.

Meanwhile, Greg could be busy earning a Ph.D. on that instruction manual as the pieces remain scattered on the floor for days.

In the end, in my way of thinking, if the table stands solidly even though I’ve got a few inexplicable pieces of hardware in my hand at completion, that’s success.

On the last project we tackled together, the repainting  of a bedroom, with a steady hand I eked out a flawless job of paint edging between the wall and the baseboard without the aid of masking tape. Greg was unable to process that I managed to skip this step and still complete the task. So what did he do? He taped anyway.

Are you getting the picture?

So here is my theory that I believe applies to the majority of life situations: the end result of a given project will be virtually the same with, or without, the fuss.

Provided you could make a decision about the project in the first place.

Therein lies another obstacle to getting any project off the ground.

Someone has to make a decision.

And unless I’m willing to wait until hell freezes over, that person has to be me.

But that’s a discussion for another installment.

For now, we have cause to celebrate that we are, at long last, on to what we hope can be the next successful Joan and Greg Cergol collaboration since launching Emily and Kristina into the real world.

Greg? Are you still with me?

The realization came to me shortly after our lives intersected- Joan is the greatest person I have ever met.

Giving. Kind. Compassionate. My love and my life.

Yet, the thought of co-authoring a blog with her leaves me uneasy.

Like the feeling that always washed over Ricky when Lucy would smile and say, “Honey I’ve been thinking….”

My anxiety seems illogical. We’ve been married for 30 years.

Joan is an excellent writer. Creative. Thoughtful. An independent woman with distinctive views.

But my gut won’t stop churning.

Being a husband teaches you that logical thinking can sometimes result in mayhem.

Okay, maybe “mayhem” is too strong a characterization….but Joan can surprise you.

When it comes to work, she is an absolute lone wolf.

She lapses into what she calls “the zone,” and no one can penetrate it…not a co-worker, friend or husband.

When I check in during the day by phone, I know instantly if she’s there.

Her voice is distant; her attention light years away.

“Honey, I’ve decided we should dispose of all our worldly possessions and move to a mountain hut in the Italian Alps.”

At first, I thought something was wrong; but after a few years, I realized “the zone” was nothing personal. (Maybe we husbands AREN’T always the most perceptive.)

That silence has now become my cue to bid Joan adieu until later.

Even her staff has come to understand.

When “the zone” is entered, they post a sign on her door, warning outsiders to stand clear.

“The zone” doesn’t allow for creative give and take, for collaboration.

She is, after all, descended from a royal bloodline. Her father, a prominent surgeon and proud U.S. Army veteran, was also an Italian count.

When we bought our first car, she chose it.

It was only AFTER I toured our first home that Joan revealed she had already agreed to buy it.

Parenthood? I was alerted when it was time.

When I vacuum the house, she always goes over what I have done. When I clean the kitchen- ditto.

Parsing words with her in a blog, I fear, could leave me a mere footnote.

After all, in this small piece of the vast internet world, I will be speaking for husbandkind.

I must be able to get a word in edgewise.

(And if you know Joan’s gift of gab, which comes from her delightful mother, you understand how difficult that can be.)

So, why proceed, you ask?

First, I have never run from a spirited debate. My siblings will attest to that.

Secondly, I am able to rise above, to live by the words of Arthur in Camelot.

“How to handle a woman? Simply love her.”

If you’re not buying any of that, realize this.

The bottom line is that Joan’s decisions have always proven to be the correct ones- whether I liked ’em at the time or not.

So if she tells me to write a blog….I’m there.