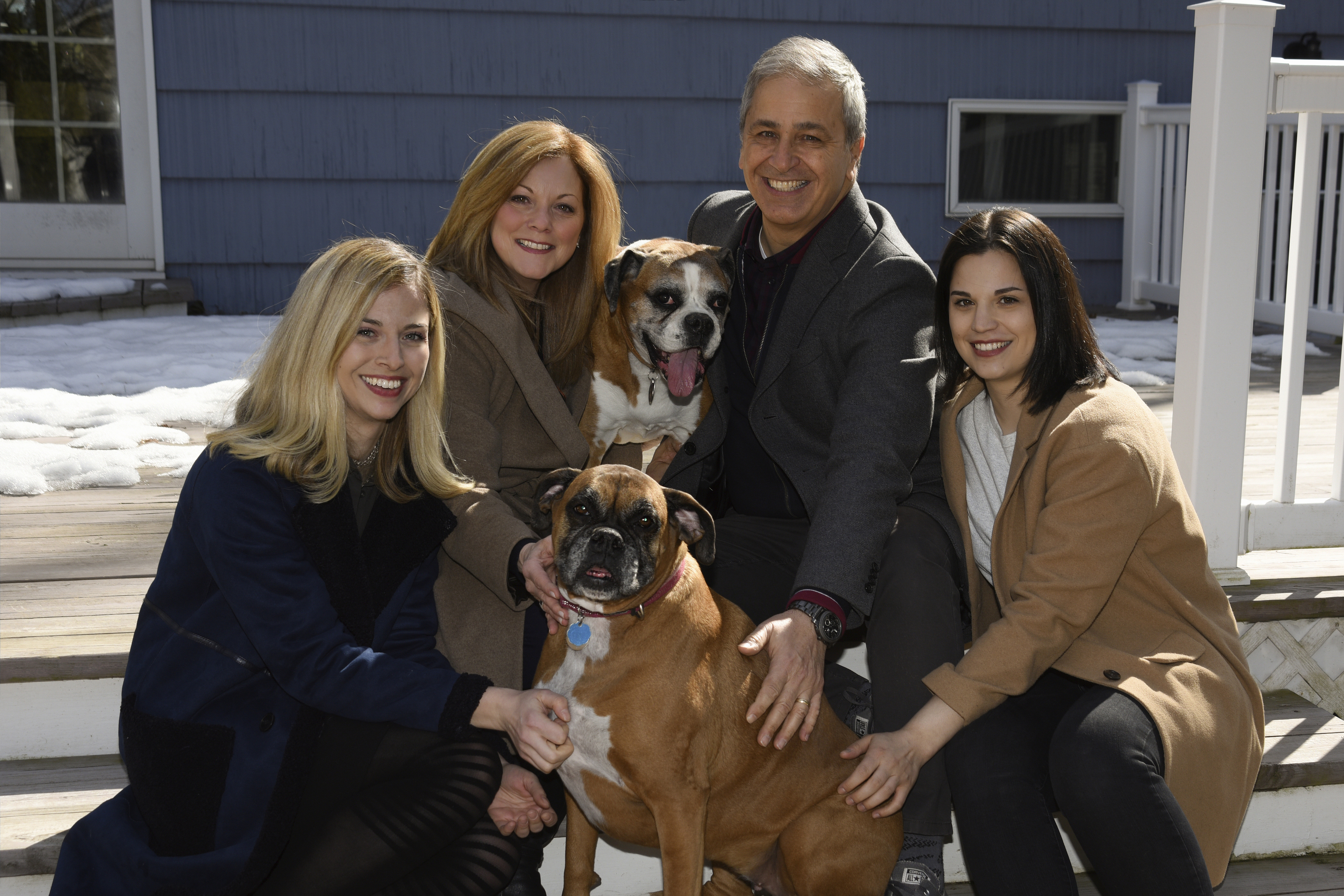 Joan DeVito Cergol, re-elected to the Huntington Town Board on November 5, 2019, brings to the Town 18 years’ Town government leadership experience, preceded by 18 years’ private sector experience as a marketing and public relations executive, including five years in her own public relations business.

Prior serving as a Councilwoman Joan served as the Director of the Huntington Community Development Agency (2013-2017), and before that, as an economic development specialist, project manager and constituent problem-solver in the Town Supervisor’s Office (2002-2017). In her former roles as the Executive Director of the Town’s Local and Economic Development Corporations, Joan managed many of the Town’s high-level capital improvement projects, including the revitalization of Huntington Station and downtown business hamlets, and has used her persuasive writing skills to secure over $20 million in grants for Town infrastructure projects and other programs.

Joan has served as an adjunct professor of public relations at St. Joseph’s College and Long Island University. Both institutions invited Joan to develop her own course curricula based upon contemporary public relations practice as it related to the private and public sectors.

Joan has long worked with community and business leaders and groups to build consensus for projects that promote economic vibrancy in the town’s downtown hamlet centers. These groups have come to rely upon and trust Joan’s guidance, commitment and care in ensuring the coordination of town services and support from other levels of government that are vital to their success.

In her spare time Joan has served as a guest columnist for The Long Islander Newspaper, co-authored two books about the history of OHEKA Castle, and authors a web-based blog with personal stories and insights that connect her with people throughout Huntington, and beyond. Her volunteer service includes work as the public information officer for the U.S. Coast Guard Auxiliary, Flotilla 22-01, for which she promoted boating safety courses, assistance to Huntington Interfaith Homeless Initiative, Huntington Historical Society, among other not for profit groups.

Joan and her husband Greg, a longtime television reporter covering Long Island, raised two daughters in Huntington and live near Huntington Village with their boxers, Dempsey and Santino.

During her 2018 and 2019 campaigns Joan stated, "I am running for the Town Board to apply my longtime public and private sector experience, thorough knowledge of government operations and analytical approach to solving our residents’ problems. I am deeply committed to public service and am proud of my longtime track record as a trusted and responsive elected official in Huntington.

"Huntington residents need and deserve good government, and during all of my years in public service, I have strived to be accessible and effective in solving the people's and business community's problems. Huntington is strong because we are diverse, and so our government decisions need to be inclusive, embracing our best human assets while considering the voices we do not always hear in a town board meeting setting," she said.

Joan enjoys seeking new avenues and funding sources to improve government operations, promoting public safety, enhancing open and transparent government (she sponsored the resolution bringing live-streaming of Town meetings, and more recently, adding closed captioning to those streams), improving communication and constituent service to reduce resident frustrations, encouraging cost effective government at every opportunity, ensuring that any new development meets social, environmental and economic needs, looking out for our fragile populations that include our seniors, youth, veterans, disabled and minority communities, and last but not least, she remains a steadfast guardian of our environment and remaining open spaces, drinking water and precious waterfront. 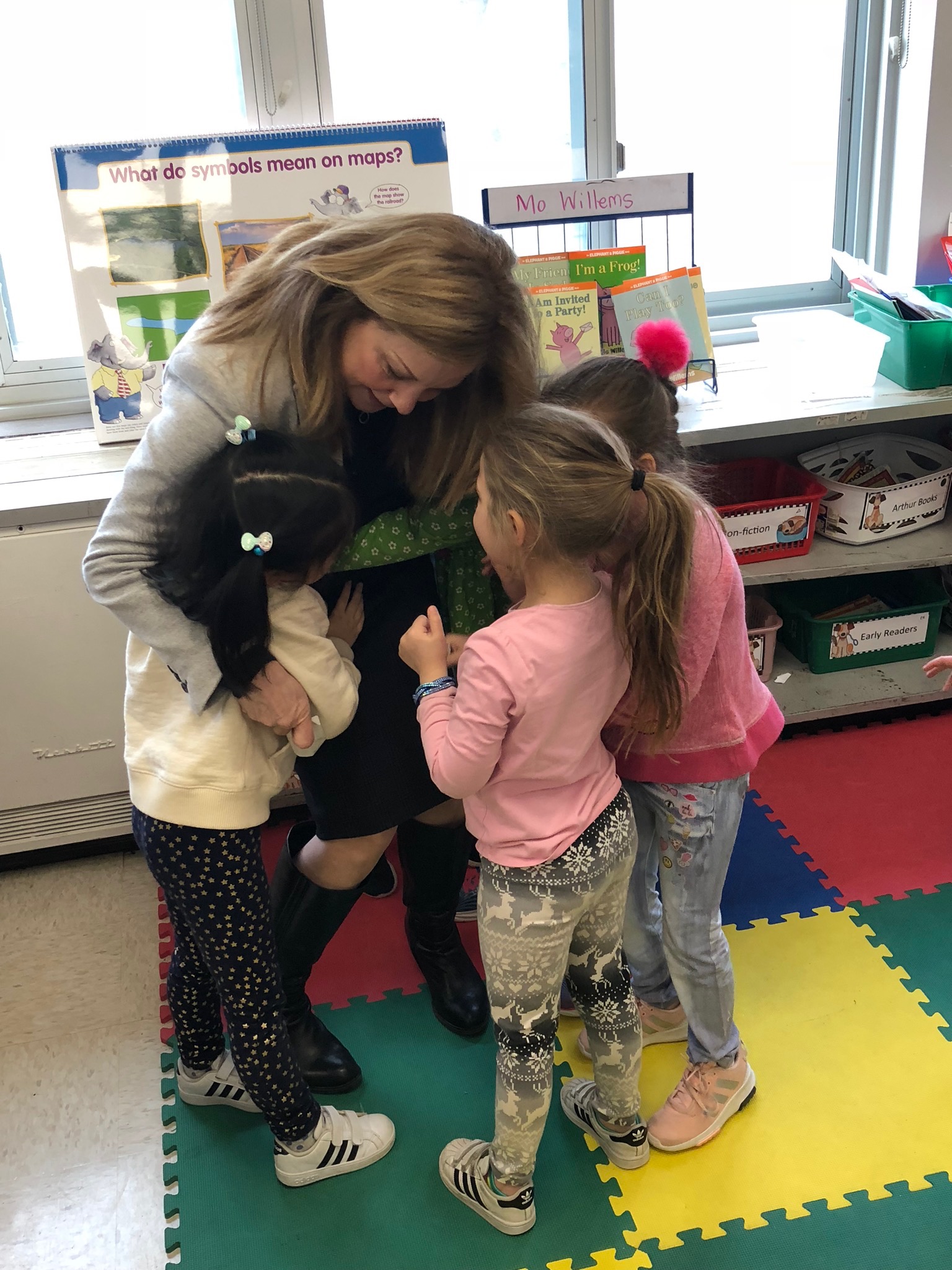 An old poem states that “children learn what they live.”

Such is the story of Joan Cergol.

Joan’s dad, Dr. Nicholas J. DeVito, lived a life of public service and community responsibility, first as a US Army doctor (rising to the rank of Lt. Colonel) and later as a Huntington surgeon for thirty years.

Dr. DeVito was renowned for both his medical skills and his compassion. Long after his retirement, former patients would stop at his home to say thanks for helping them through their darkest hours.

Nick DeVito was also devoted to the town he loved, serving as President of the Old Huntington Green- an organization dedicated to the preservation of Huntington’s first settlement area. A monument honoring his work now sits at the Village Green along Sabbath Day Path.

As a war refugee who later escaped the Iron Curtain, Gisela (Gay) DeVito was a source of personal strength, independent spirit and love of country. She was an aviation pioneer of sorts, working as a stewardess for Pan American Airways in the early 1950’s. After her marriage to Nick, the mother of three would earn her American citizenship.

Joan began drawing on all these lessons at the most tender of ages.

At Flower Hill elementary school, Joan organized neighborhood plays and musical performances- her first foray in community building. Later, at Huntington high school, she served as a tutor to non-English speaking students, helping them to both learn our language and assimilate to American culture.

Shortly after college, Joan served as an adjunct professor at St. Joseph’s college and CW Post in her chosen field of marketing and public relations.

She then spent more than a decade in the private sector and along the way, served as a trailblazer for young moms pushing to balance career and child rearing responsibilities. The mother of two girls was among the first women on Long Island to negotiate arrangements that enabled her to work from both the office and at home while serving as the marketing director of a major Nassau County law firm.

Eventually, Joan founded her own public relations firm and in 2000, was enlisted by the Washington, DC based, Citizens Democracy Corps, to travel to Russia as a volunteer to teach marketing principles to lawyers and business owners in the then emerging democracy.

In 2002, Joan entered government service to the Town of Huntington as Special Assistant for Economic Development.

Using her private sector skills in the public forum, Joan helped countless businesses and individuals navigate government bureaucracy to solve their problems. As a result, the Huntington Times newspaper named her its Woman of the Year in 2012.

Her grant writing pursuits have brought more than $20M to town coffers from both the state and federal governments.

In 2013, Joan was elevated to Director of the Huntington Community Development Agency, helping to streamline and modernize a department that oversees affordable housing efforts in the town.

On November 6, 2018 Joan was resoundingly elected to the Huntington Town Board to complete the last year of a vacated term. And, on November 5, 2019, Huntington voters saw fit to return Joan for another four years to serve as their Councilwoman.

In addition to her town board work, Joan has served as a guest columnist for the Long Islander newspaper, has co-authored two books about Oheka Castle in Huntington and continues to write a blog with stories and insights focusing on her professional and personal experiences in Huntington.